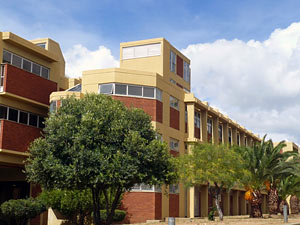 The Republic of Namibia and the Portuguese Republic signed a Memorandum of Understanding on the Language Learning Promotion under the Culture and Education umbrella protocol on the margins of the bilateral political consultations in Lisbon, Portugal.

This agreement builds on successful teaching of Portuguese in Namibian schools since 2011 where some 2000 students have already been learning the language in 26 public schools in 7 political Regions of the country. The new ambition is expand this opportunity to all 14 political regions of Namibia and to all public schools.

Ambassador Albertus Aochamub signed the agreement on behalf of Namibia and Joao Ribeiro de Almeida, President of Camoes Institute for Cooperation and Language on behalf of Portugal.